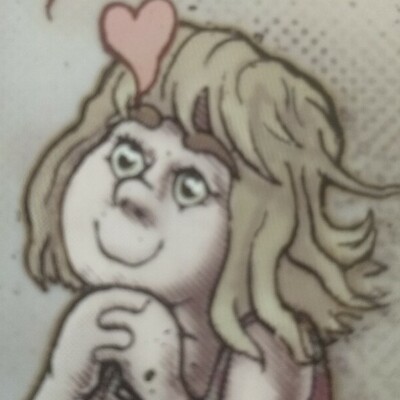 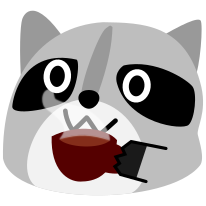 It's weird seeing anarchism have a sort of renaissance these days, but there is very little talk or discussion about what separates it from communism. Most communists and anarchists agree that the goal is a stateless utopia, and the big difference is how to get there. Where communists want a dictatorship of the proletariat anarchists believe in dispersed insurrection that attacks various aspects of society making inroads to that utopian goal. Communists see it as state power being wielded to liberate, and anarchists believe the individual acts of liberation are the change in themselves.

Idk, maybe this is obvious to everyone, and you already knew this. I just don't see people talking about it anymore. It seems like a lot of times anarchism is talked about it's described more as communism without authoritarianism. A lot of times that's spoken of as if an anti-authoritarian state is part of that. That could be communalism or municipalism or confederalism, but it's not anarchism.

@showerpickles i think that's a post-left definition of anarchism, tbh. which has always been around, but i could argue that a lot of anarchism has lost its communist roots -- not in the sense of advocating for a smaller state (bookchin, after he rejected anarchism) or even rigid form of federalism (platformism), but as something that encompasses both individual and collective action in practice.

@showerpickles it's bad enough that as recently as 10 or 12 years ago, there were folks around who were either libertarians (in the U.S. sense) or close enough to white supremacist to make me really fucking uncomfortable around some circles.

but that doesn't mean that i think statist communists are right, either ideologically or in their criticisms of anarchism.

@poiseunderchaos also, I don't think many post-leftists hold the desire for a true non-state communist utopia that both anarchists and communists share

@poiseunderchaos And it's not that anarchism hasn't switched in definition since then. Still, I see the old arguments coming up where people argue against the dictatorship of the proletariat, but don't offer the arguments for insurrection

@showerpickles sure, that's fair. it's likely one of the reasons i haven't really meshed well with anarcho-communists i've known either

@showerpickles i think bakunin is a sort of a mixed example, in terms of anti-authoritarianism. he also advocated for fairly strict cells, which is sort of cadre-like

also, comparing which dead white guy was right starts to get strange, fast. that has its place, but it's also like it gets into "but Kropotkin supported WWI!", "but Berkman supported eugenics!" after a while, which 🙃

@poiseunderchaos sure, I was responding to a few things that have been on my mind. The lack of discussion among modern anarchists about insurrection as a tactic (even though it is the most widely successful tactic we are seeing). And the continued in-fighting about "tankies" where people write off state communists without understanding their end goals or what an alternative looks like.

@showerpickles *nods* sure. tbh, wasn't sure if this was partly in response to some things i posted earlier, i get what you're saying now, and agree overall

@showerpickles *nods* makes sense. i still slip up, although i've worked to do it a lot less, and to soften it if i do

@showerpickles although i did say "fuck zerzan" earlier, because how to even respond. not only to that, but to someone i don't know, and was following for around 12 hours ;p

@showerpickles in any case, i see what you're saying now.

people aren't discussing insurrection anymore? that seems...hmn. unfortunate, even if i think that in and of itself isn't enough (it depends on the situation, and the people involved)

@poiseunderchaos I have a complicated stance on Zerzan. I don't agree with his philosophy, but I've met him a dozen times or so. He was super kind and friendly. He also called out kaczynski on his homophobia when it seems like half of fedi are unwilling to do that.

@showerpickles *nods* both of which are pluses, fair

@showerpickles that's what you get when someone's an, erm, "tactical republican". (or idealizes the presumed "natural state" of humans to the point that they think being transphobic is anti-civ). good on him for calling that out

@poiseunderchaos from a number of chats I had with him, he actually has a better position on primtivism's abelism than most primitivists.

My understanding of his position is he sees the purely wild state (to the point of even removing language) as the utopia we should aspire to. But he doesn't see that as a state that we will ever physically reach. Instead he wants attacks on civilization to work on breaking down the hierarchical structures that mediate modern society. For example, he's told me that groups doing things like finding ways to have autonomy over making their own medication is something he unambiguously supports, because it lessons the hierarchy of societal centralization.

Again, I don't agree with him, but he is more considerate and less dogmatic than most primitivists and his writing lets on.

also, i think you'd mentioned that you're making a habit of communicating directly before, apologies if i forgot

@poiseunderchaos trying to. I'm at least not writing subtoots on purpose

@showerpickles i think i'm in my post-"subtooted flailing missive" phase, at least. heh

@showerpickles i don't think there's a single "true anarchism". if you rule out proto-capitalists like Tucker, and look at egoism as a sidebar, it sort of looks like anarcho-communism was the dominant ideology? but like you said, then there's insurrectionism, as well as differing views on individualism and quasi-statism, and that falls apart as well.

there are worse things then anarchism without adjectives. ideally without trying to force-forge a coalition out of it