"white people colonized the world for spices and have the audicity to not even use them in their food" is the epitome of, like, white culture as a byproduct of racism and genocide.

the cultures with heavily spiced food are notoriously HOT countries. i'm from mexico. i live and breath heavily spiced food. but then i went to culinary school, my main discipline in which was French cuisine, where they strip you of everything you know about food and re-introduce it "properly". that is, completely without seasoning. and it sounded gross to me, but yknow what? it was delicious. fucking incredible.

because they could afford the top tier , grade AAA, freshest of the fresh and most lovingly grown shit. it didnt need much in the way of seasoning.

cultures from hot climates developed heavily seasoned food to preserve and extend the life of their food and to cover up "off" tastes. it is what it is. and its proliferated down thru generations while white people saw their food becoming less and less demanding of the novelty of spices that originally spurned the "spice trade" that had worn off. they were rich and had access to fresher, tastier food. brown people, not so much.

congratulations, you played yourself 🤡

anyway, this has all contributed to continuing cultural genocide with the "re-discovery" of certain foods into mainstream (see: White) society. its become extremely expensive to cook a lot of my traditional foods because the whites have discovered tacos and lengua and shit, prices get driven up and suddenly my family can't afford it but you know who can? rhymes with "Blight"

so i'm not saying dont eat tacos or pho or whatever but i am saying to consume these things ethically. support small family businesses, not chains and be aware of how your participate in a system all too glad to starve poor brown folk to feed whites their feel good food tourism. 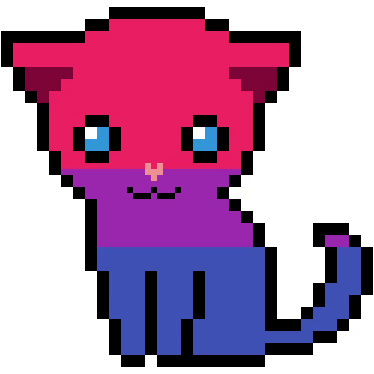 @popstar I immediately remembered this https://www.thrillist.com/news/nation/chipotle-bay-leaf-complaints

@popstar @miltsghostrehab .... I just don't even.

At summer camp, we had a tradition of whomever found a bay leaf in their food could pass it along with a kiss. (on the cheek usually - ages, like, 10 - 14) Usually a counselor would take it to the cook with a big hug and kiss. It was fun, and I always think of it when I find one in my food.

But... but... not knowing what it is?? How conditioned are we to look for "foreign objects" too, tho?

@bouncinglime @popstar Fear based culture, particularly around food that isn't "American". Ugly Delicious is great at depicting this: there's one scene where David Chang hands out chips at a book reading, then asks the audience about msg in Chinese food. Many of them had very negative opinions about msg and even claimed to have severe reactions to it... at which point, Chang says "yeah there's msg in those chips."

Certain food cultures are labeled as inherently "dirty" so white folks tend to be on high alert when consuming foods in that category.

@miltsghostrehab i forgot about this. thank you so much for bringing it back up

@popstar this is super interesting as someone who knows very little about like, the science that goes into cooking