About a month ago, rage.love's moderation and admin team made the decision to suspend myasstodon.xyz and announced it quietly to our users but not publicly in order to avoid the inevitable wave of side choosing that is now happening apparently, because we don't believe them to be a threat that everyone must disengage from.

Our team consists of white, Black, and Indigenous queer, trans, and cishet members. To assume the only reason that instances would move to suspend and block Myasstodon is because of racism is factually incorrect. It was a mutually agreed upon decision to suspend them for the safety and protection of our users, at the behest of our marginalized users. We were uncomfortable with the history of anti blackness that had up until the point of our discussion gone unapologized for, as well as the apparent lackluster moderation of dealing with problematic users.

Rage.love has not spoken to any other instances regarding this matter, nor recommended to anyone to block Myasstodon. Our decision was personal and a matter of responding to our own users concerns.

I will not answer questions about this. Just keep in mind that treating BIPOC as a monolith is a dangerous idea. We dont have to agree with each other unanimously always.

One more note that Rage.love supports Playviscious.social. While our decision was not influenced by them, Myasstodon's treatment and public comments about them and insinuation of PV moderators being bullies and stalkers for their involvement in calling out anti blackness in the fediverse was a definite factor in our decision to suspend them.

@popstar That's a completely reasonable position and I honestly don't think it's connected to the other nonsense that's going on. I've got nothing but respect for r.l and you shouldn't be dragged into other people's weird hate-ons.

@popstar makes sense and I get that, gotta do what is best for r.l. I am sorry to see this playing out again (hence my toot just s minute ago). I hate to see my different groups of friends fighting, you know? 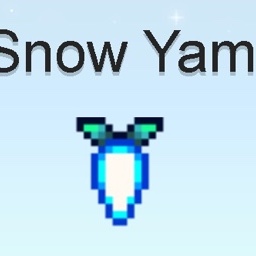 I don't know very much of *anything* about myasstodon, but am legitimately confused why racism/antiBlackness WOULDN'T be a good enough reason all on its own to suspend an instance? Like, seriously, "You're just suspending them because you care about racism! Checkmate!" is peak Not Even Wrong.

I'm hoping that there's some reason other than "I don't know how to have a good time without being antiBlack" for why I'm seeing angry posts on my tl that say things like "if you block myasstodon, block me", but I'm fully expecting my hopes to be dashed.

Like, if myasstodon has virtues that somehow "make up" for antiBlackness among its users (a dubious claim, but ok), people who still want to follow them can change instances and keep following them. They don't inherently have to attack other people who do choose to block myasstodon. I assume.