Who else was today years old when they learned this?

They originally tried to say it was an accident, but an engineer named marius milner specifically wrote software to collect the data, which other google engineers collected for the company. https://www.wired.com/2012/05/google-wifi-fcc-investigation/ 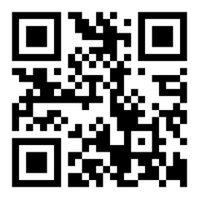 @noyovo Besides G**gle Street View cars slurping up router traffic along their routes, Mozilla also harvests hotspot details from browsers - unless you append _nomap on your SSID

@noyovo i mean yeah it kinda sucks that they did that but if you are broadcasting unencrypted information it doesn't really seem fair to blame people for listening.

"it doesn't really seem fair to blame people for listening"

"it doesn't really seem fair to blame people for listening"

@noyovo I'm assuming the only stuff collected was sent over unencrypted connections on WiFi networks with no passwords in which case the data was being broadcast with no security whatsoever. It's like if you were loudly discussing things in a public place, anyone could hear. I guess there's a disconnect because it's not immediately obvious that it's insecure since people can't directly sense and decode radio waves like we do sound, but it's the same idea, if you're transmitting (sound/radio) waves in public (space/radio spectrum) with no kind of (secret code?/encryption) then there's no way for you to have privacy anyway.

Google logging that stuff was a dick move, but it wasn't the real problem, the problem was the lack of security. That's pretty much fixed now, most of the web uses HTTPS, so the most they could get is what sites were being used, and even that is being worked on with things like DoH and ECH which plug the few remaining holes.

@noyovo ok yeah i shouldn't be defending google, and when I wrote my first reply I wasn't thinking about it from the perspective of someone who doesn't understand at least on some level how it works, so yeah. that sucked and i'm sorry. I still do think that the solution is encrypting all the things instead of just trusting google and everyone else who drives by to not listen in though, and thankfully that's already mostly happened.

@easrng yeah, saying that the blame lies squarely with google is def not an argument that other stuff shouldn't be in place given the fact that expecting google to *not* be like that is...not gonna work out lol

@noyovo @easrng Also, people who talk … maybe not full-on loudly, but still loud enough to be easily overheard in public, yet clearly not intended for others (as is also the case in wifi networks) usually expect privacy and absolutely not to randomly be recorded (and recording such conversation would actually be a crime at least in some jurisdictions).

@noyovo the entire book is worth a read.

@feonixrift we do hear it mentioned positively a lot