L.J., 41 year old Korean mom, translator, researcher. I talk about #politics, #writing, #history, #ADHD, and #tech including #Emacs and #Linux. User avatar shows Tairitsu, a teenaged girl drawn anime style with ribbons in her long dark hair and looking over a shoulder. Header image is a banner from the rhythm game Arcaea with Tairitsu and a blond girl, Hikari. User name kindly suggested by @VoidDrone

So he'll do his best rendition of "crocodile" in English but for some reason "monkey" and "cat" need to be said by imitating monkey and cat sounds, respectively. Which seems completely backward to me because "crocodile" is much harder to pronounce than either "monkey" or "cat?" But that is How It's Done, for now. He used to say "monkey" but has since decided saying ooh-ooh-ahh-ahh-ahh! is much more fun evidently, which is unassailable logic when you think about it

Also he makes the same *slorp* sound after "kitten" or "cat" is said as he does for "ice cream." I have no idea why he thinks cats are delicious but please keep them away from this little catnibal 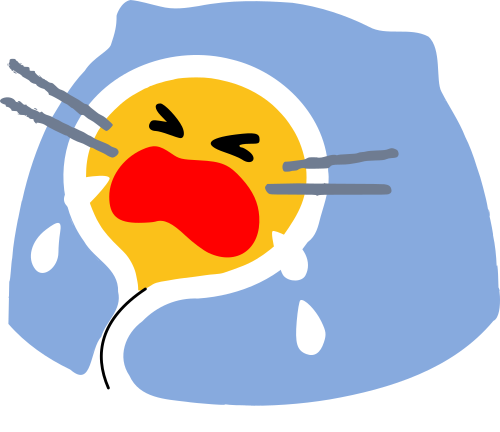 I watch the fun he has picking up the English alphabet on his own initiative, the way he plays with words and says them aloud just for fun. He clearly has a very different relationship with language from his allistic peers, but it seems no less joyous and precious to me and I want to protect that for him so he isn't forced into a neurotypical frame that doesn't work for him and might harm his burgeoning exploration of language (languages, in his case--we tried to encourage him to focus on Korean, but he insists on a mixture of English and Korean, plus animal sounds and lots of music. It's a complex system lol).

I also love how hard he tries, the way he's always trying to talk and saying words even though it's slow and unintuitive for him compared to most other children. What but love could lead someone to try so hard for so long at something that's difficult for them? He's a wonderful, tenacious, funny little kid and I'm thankful every day that I get to be his mom.

It's so important to me that learning to communicate with language be fun for Tater and that he isn't pushed beyond his enjoyment and current capacity. Language is such a precious and vital thing that will be with him for life, no matter how much or how little of it he acquires, in whichever language and in whatever form. I want language learning to be a joy and wonder for him, not a duty-cram for him to keep pace and stay on developmental schedule.

@ljwrites @eldang and this is also the kind of context that people miss when they look at Islam, tbh. The Qur'an says that a man and his slave-concubine are a legal union, and people will be like "you guys have slave-concubines? 😬"

With the context that the Arabs and early Muslims believed they were the descendents of Ishmael, the son of Hagar, aka Abraham's slave-concubine who was dismissed into the desert, they are saying "this woman deserves better"

Why do I keep thinking McConaughey is dead when I literally watched an entire movie starring him long after Ledger died: A mystery

One advantage of confusing Matthew McConaughey with Heath Ledger is that when McC inevitably does something fucked up and/or unsavory revelations come up about him, I can just default to thinking he's dead.

@ljwrites that's the kind of thing where the sola scriptura/sola fide approach of lots of protestant theologies loses me tbh. The Bible calls for justice, but justice in modern times won't necessarily follow patterns that were written down in antiquity. We have to interpret it with the help of people who came before us, and then act on it

Mastodon is spooky silent on sundays so here's something from my silly pics grabbed off of reddit folder for you.

omniranal (adj)
having all frogs

Whoop whoop I got my film developed! Here are a few flowers in my parents' garden. Shot on my #hasselblad with the 80mm lens and a 55mm #extensiontube. #photo #photography

The Nickel Iron Battery is the only known lifetime design battery. These last 100 years, such as the Edison batteries unearthed after a century that work like new. Thus, it is the primary electrical energy storage device for the GVCS, outside of indirect sources such as Compressed Air Energy Storage, water Gravity Storage, and storage of energy via Hydrogen Production.

Your Flux Capacitor has gone bad.

My heartfelt apology to Omega T for the unwitting slander of its glossary function; it turns out I can, in fact, view and choose from all glossary items that appear in the current line by pressing Ctrl+Space. I learned this by listening to a YouTube video, as one does, instead of, like, reading the actual manual (which I fully intend to do!).

A reminder that the Gender Census is seeking feedback from plural participants: https://docs.google.com/forms/d/e/1FAIpQLSd-1fPjdDLAYbK6Fm2lSOByLf_oOyWXX47_Ptv3S54OHoLDhQ/viewform

🌙 a bitch and her bug ❄️   @fendragon@plural.cafe

hey if your plan for revolution doesn't include disabled folx, it's a fucking shit plan

How to cast a hecks:

Waou, lots of cool answers, but I guess I forgot the need for a control group, oops!

If you could boost again, please? 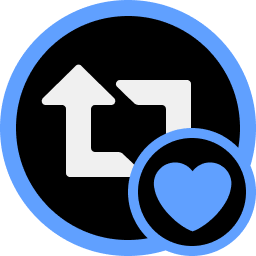 Only for cis people: do you have an internal voice or internal monologue? And how does it sound, gender-wise?

L.J., 41 year old Korean mom, translator, researcher. I talk about #politics, #writing, #history, #ADHD, and #tech including #Emacs and #Linux. User avatar shows Tairitsu, a teenaged girl drawn anime style with ribbons in her long dark hair and looking over a shoulder. Header image is a banner from the rhythm game Arcaea with Tairitsu and a blond girl, Hikari. User name kindly suggested by @VoidDrone