I dont know about you, but IT Crowd was really forming for me.
For the first time on screen, I could see something that felt like a facet of me I enjoyed.

From the first joke, in episode one, with the boss having a picture of his face on his desk, to the magnificent
'and that thing on the floor'
'the hard drive?'
'Correct'

Season after season, the show delivered.
Quality research, from the RHEL kernel panic in the intro, to the RTFM t-shirt, to the coms room in the basement where the poor sod knows the light pattern by heart.

This was something I could relate to, and take to my nerd colleague and chat about.
I tought me a great deal of british english, most of the stuff I would watch before that were american english.

To this day still, many part are still relevant as I still work in IT.
People also do the IT Crowd jokes to me, too bad wenger is not there, because 'what a ludicrous display last night' was an evergreen one.

One thing that wasnt really on my radar is who made the show.

I did follow along and watch black books, another show that was very british and taught me a lot of language.

But when I started changing who I followed om twitter, following more people different than me, something became obvious.

The creator of the show I knew many (most) of scene by heart was a very toxic person.

And by that I mean someone that would go on and on, using their fame to hurt trans people.

What a shame right. Is this a problematic fav? You tell me.
One thing is for sure, is that I dont go amd tell people to watch the show when I inevitably make a reference to IT Crowd.

Depending on the lenght of conversation, I might even say a word or two about the shitbag of a creator the show has.
Alas it is not always possible to convey how militantly transphobic he is .
Frankly, most people dont care to remmeber who made what.

I also think a lot about creator VS creation.
Sometime shit people do good things.
Still, I find it hard to give this one a pass, provided I am a fan and also a person working in IT

Now you wonder why am I making a thread about IT Crowd and Graham Linehan.

Well, they started an instance, called glindr.org.
Now the only thing I could wish more than humans being able to live without the need of a state, is for people to block the crap out of this instance.

Not going on the sliperry slope here, but if people like him start to settle down, we will have more shit neighbours further down.

First nazi, now terfs, them what?

In case you havent read the wikipedia for graham linehan, this is the guy that petitioned the UK national loterry to not fund mermakds UK, a trans youth support charity.

That is also what lead Hbomberguy to raise £270,000 for said charity doing a charity livestream.

So, want some more proof ?
Still have some doubts?
Want some toot to report?

I guess I was kind of wrong in one of the toot above.

I think he is bringing a different kind of terf or more of them.

That guy is proud of incels.
This is another group of shit people we don't want on here.

There was that pick up artist we kicked out of here a while back, maybe we can do the same to glindr.org.

Are they commenting on this @ me with comments think will trigger me or things like that?

I don't see any of that because I have most of them blocked.

I had a look at the graph of glindr.org on fediverse space:
https://www.fediverse.space/instance/glindr.org

Then, upon inspection, what seems to happen here is that people have scripted user creation and are automatically spamming the crap out of glindr.org.

I don't quite get the beaver brother thing tho

If you are not an admin, but want to do something about toxic people on the fediverse, just
- look at the toot above
- copy the first link into the search bar
- when it loads the toot, hit the 3 dots button and repport it. Make sure the repport goes to glindr.org.
- repeat every other link

fascists, transphobes (including terfs), manosphere and religious fundamentalists seem to have a mutual understanding and alliance of sorts despite their superficial differences

@kiilas you are right, I just didn't connect the dots really.

I have to admit that I didn't try to understand what glinner's fan base is made up before yesterday.

@kyzh glinner tried to cut funding for Mermaids which is a charity for trans kids, which led hbomberguy to run a funding Donkey Kong 64 marathon

one of the levels in DK64 is Beaver Bother and hbomberguy had trouble beating it, so people kept asking glinner for tips

@kiilas that makes a lot of sense now.
Thank you :)

@kiilas Could I boost this toot?

@kyzh I saw that glindr guy and thought he was just some asshole. I assumed he was moderately well-known in the UK, because when I looked at his twitter he seemed to be a minor celebrity type. I had no idea he was the creator of the IT Crowd. I could tell he was some weird, TERF-y guy, though. I thought he was already run off the fediverse for being shit and assume he's instance was a single-user instance, not one with a bunch of members. All of this makes me sad and angry. :(

@ink_slinger there are a lot of active users on that instance.

I feel like it is just the start, so the picture might be different in a week, but that swings both ways.

I dont kow a single brittish person that doesnt know of father ted, who is also from him somehow

@kyzh Yeah, looks like lots of users from the links you shared. Most people blocked Spinster (the TERF instance that used the Gab fork, which was a big clue about their intentions), so hopefully they'll treat these people the same.

@ink_slinger I dont have enough fingers on my hands to cross on that one.

I might make another toot to make the whole gab -> spinster -> glindr more obvious, good shout

@kyzh wow I knew who Graham Linehan was but had no idea about the views he held, nor did I know he was on the fediverse!

This instance is small and doesn't have users that would follow such people so it takes awhile before their posts end up on our timelines, so it goes me a chance to filter or block problem users and instances pre-emptively.

@ink_slinger if you come across stuff like this on our timelines don't hesitate to DM or file a report. It'll get my attention faster lol

@msh @kyzh I haven't seen it in our timelines. Someone I follow shared a link to something he posted late last week (they were mocking him) and I got the impression that he'd left with his tail between his legs, but I guess I was wrong. I haven't seen anything from him or his instance in the federated timeline here, though. :)

keithzg   @keithzg@fediverse.keithzg.ca
@ink_slinger @kyzh Yeah, that bloke has been a problem for a while, a confluence of being very into the IT Crowd, knowing a number of trans folk, and also knowing a lot of folks on Twitter (including a very media-savvy guy who's Irish) meant I was very away of both Lineham's handle and TERFiness for a long time now. Largely answered my question of "why haven't I heard from him since The IT Crowd?", it's because since then he's given too into ugliness to create any art worth noticing.
1
Dec 22, 2019, 10:14

keithzg   @keithzg@fediverse.keithzg.ca
@ink_slinger @kyzh Really no redeeming that guy; his TERF origin story is largely him responding really poorly to the transphobic aspects of an IT Crowd episode he wrote being called out (eventually; he was originally somewhat apologetic, but then he retroactively doubled down).
0
Dec 16, 2019, 19:05

@kyzh @Shufei but as an admin it’s probably good to de-federate with that Server as the messages are there since days without action taken so, isolating the instance will help.

@kyzh Thanks for the thread and for spreading this message! People like me know about him all to well, but outside of our circles the information isn't as widespread.

@kyzh Once--a long time ago when I had more faith in people--he shared a TERF article as "proof" that he was on the "right side of history," I went through it and pointed out how none of their sources worked, or said what they said, and how every single quote in the article was taken out of context (the funniest one, if you read the full quote, mentioned the TERF website always editing quotes to use them out of context--now that's ballsy).

@kyzh Silly me to think something like that would change his mind. He was 100% determined to be transphobic no matter what.

@Lexi I dont think he is the type of person to change. He is likely surounded by 'yesmen', brought up in conservative value and getting a kick out of his bigotry.

Persknally, I guess I feel a bit obliged to do sonething because IT Crowd was really a kind of eye opener.

On one side, marginalised people do give me a lot of info on how I can better understand people around me that are different than me. I feel kind of obliged to pass it on to the oblivious cis people out there, despite not being that many following me.

On the other hand I am not marginalised myself, so I feel fairly safe compare to most to do that kind of work.

Plus it is very easy and not resource or time conauming for me to do, so I might as well do it. 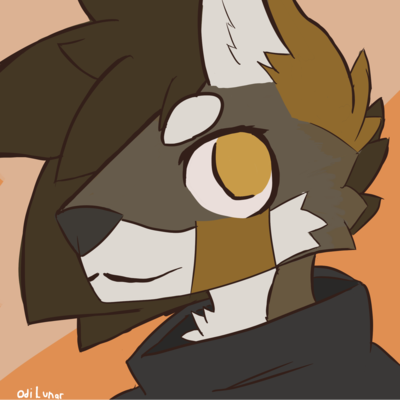 @kyzh “slurs can be reclaimed just as the black community reclaimed the n-word” ...wow.... whatever you say white bitch

@Odi yep, one does not need to dig down to fifure out that the hatred doesnt stop at 'gender critical'

@kyzh ...was this supposed to sound bad?