sooo, I'm fucked. I need money to pay bills and food urgently and my work depends 100% on my mental health that is 100% kaput those days because of money.

I've been spiraling for almost 15 days trying to find a solution and if not due to some other help I've recieved I do not know where I'd be.

Basically, my dad screws me over money, I get in a real bad place, I can't work at all, everything goes downhill really fast.

I have a ko-fi that I think should be working. https://ko-fi.com/ardydo

Theorically I have a paypal too but I dunno if it does let me recieve money from overseas easily. No paypal.me link for me.

If you can boost this I'll be forever grateful for y'all. 🥺

also sorry if the post is a mess I'm literally overextending myself right now to be able to post this and I'll be going to bed because I'm felling really, really really sick

also I think my ko-fi is set up correctly but since last time I received anything through it lots changed. if you try to give anything and it does not go through due to payment issues please let me know so I can try and get it fixed

hey y'all, thanks for all the boosts and for the people who donated. I'm speechless rn. you're the best

I'm super grateful but there is still a long way to go! If you could boost my post it would mean the world to me!

I promise it's the last time I boost this

so, first of all, thank you everybody.

everybody that boosted and everybody that donated, I'm so so thankful. I had really very little expectations (not because I didn't think people would come through, but cuz I'm not active at all over here) and ya'll surprised me greatly! Thanks for realsies!

so, paypal is set up correctly. it is dinging the thing. I just have to manually accept every donation for some reason (that's why it takes some time to update on ko-fi). It is also properly connected to my bank account and the money is set to come to me. yay.

It just takes 3 business days for the deposit to come though. It also takes around 2 business days for paypal to say "oh, hey, people sent you money. we won't let you touch it but we'll sit on it for a few days and then start the process".

Ideally, I needed the money by.... yesterday... or at least by today and... today afternoon paypal said "in three business days you'll have your money" so that is by the 5th.

lmao (out of despair)

tbf, I was going to do this post... way earlier, but anxiety got me so bad that I wasn't able to. oh well.

so yeah, there's that

the goal on the thingy would cover:
- overdue bills
- upcoming bills
- some groceries

that would clear me up to the 17th or something.

that said, i think I'll break my promise about yesterday being the last that i'd talk about it and make it to sunday in the hopes that some people that would be able to help me see the posts and stuff.

then again, please, feel free to mute or block or unfollow or whatever makes you confortable, okay? please, don't feel that you "must bear with it" for whatever reason, okay?? >.>

that all said I'll spend half of my available money (a little shorter than 2 USD) to buy me some breakfast because I've had breakfast yesterday after... some time without having it and holy fuck I do enjoy having bread with butter and some milk. lmao :')

once again, thank you everyone for boosting and donating!

if you could help me out a little more we're almost at 20%!

SO, I have received a big donation that will cover basically all my bills until the 17th which is amazing!

but... because it's a big value paypal is holding it for up to the 29th... and that's quite absurd. I've filled some stuff and theoretically it will be processed in fewer days I think but still, the fastest I can expect is 7 days + 3 business days so on the 13th or something.

I really need most the money by this week so I'm still not out of the woods so any help is appreciated >.<

SO, like I said on the last update, I've got a big donation coming my way as soon as PayPal decides to stop being an ass and so if anybody could send me a few bucks just to keep me afloat while I wait it would be amazing.

The post is coming kinda late because I'm fellings really guilty about making it but thing are still tough. Basically 95% of the money that came in I had to give to my father because I own him money and if I don't keep the payments things will go downhill fast >.<

again, thank everyone for your time, patience, boosts and donations I don't know where I'd be rn if not for you all 💜

on a surprising turn of events paypal decided stop being an ass and gave me the money so...
I'm set for the next 10+ days or so! Amazing :)

I'd like to once again thank each and every one of you. everyone that boosted, donated and read my posts I'd like to thank you because this has been lifesaving for real.

thanks, thanks and thanks :D

Basically, I own* money to my father, a lot of money, that i'm slowly paying back but the could demand it all at once and things would go sour really fast if that happens so because of that I'll leave up a goal, a very distant goal, that is "being able to pay him back and be free from all that".

But like I said, it is nothing immediate. I have money to pay my bills for most of this month and I'll prolly be able to work some and that will cover the rest of them bills hopefully! But if anybody feels like gicing some extra help it will be welcome :)

*We had a lot of expenses from when my father was in a coma so I had to use some of "his" money. The thing is it was used to pay for his medical expenses, groceries and bills. But later when he found out he demanded that I pay him back because he's an ass :D

also I'm looking up and taking comissions for art and for tarot readings and stuff because that's not what I work with and stuff. So I'll see how it goes 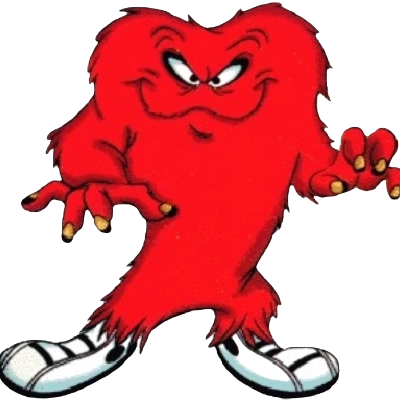